When you book with an account, you will be able to track your payment status, track the confirmation and you can also rate the tour after you finished the tour.
Sign Up

Or Continue As Guest

When you book with an account, you will be able to track your payment status, track the confirmation and you can also rate the tour after you finished the tour.
Sign Up
1653
SummaryItineraryGallery

A Pilgrimage to Russia and Oberammergau

Explore the grandeur of the Russian cultural landmarks of Moscow, St. Petersburg and Veliky Novgorod on this 14-day pilgrimage tour.

Dive into its unique history and be dazzled by the stunning architecture and heritage of UNESCO sites like the Trinity Sergius Lavra in Sergiev Posad or Yuriev Monastery, the oldest functioning monastery in Russia, and Veliky Novgorod, the oldest city in Russia.

From history, faith, art, cuisine and culture, this tour is packed with splendour, hidden gems and a stunning finale at the Passion Play of Oberammergau.

Fr Eugene Szondi, now retired, was born in Hungary and travelled to Australia in 1949.  Father served at many parishes in the Sydney Archdiocese and is currently resident at a parish in Sydney’s western suburbs.  Father has a strong devotion to the Blessed Mother and is a former Responsible for the Marian Movement of Priests in Oceania.  Father has been Chaplain on a number of Harvest pilgrimages. 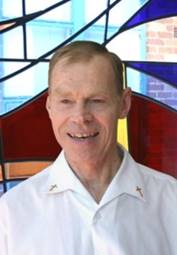 DAY 1WEDNESDAY 27 MAY - DEPART FOR RUSSIA

“The united magnificence of all the cities of Europe are but its equal.” – so said Voltaire.

After our arrival at St Petersburg airport we will be transferred by coach to our centrally located hotel.

We begin this morning with the celebration of Mass at St Catherine’s Basilica, the oldest Catholic church in Russia.

We then embark on a St Petersburg City Tour, including a visit to the SS Peter and Paul Cathedral with its landmark needle-thin spire – the highest in the city and an unusual feature for a Russian Orthodox Church. Inside are the tombs of Peter the Great, Catherine the Great as well as Nicholas II and his family. Here we also see the Trubetskoy Bastion and Prison; this fortress is the oldest building in St Petersburg which saw its last prisoner in 1921. An example of how different architectural styles can be combined is evident in Palace Square. Lining this main square, we see the Baroque Winter Palace and the former Imperial Army building in the classical style among other buildings including one of the largest and oldest museums in the world, the Hermitage. Here we will view Leonardo’s “Madonna Litta”, Titian’s “Penitent Magdalene”, Canova’s sculpture “The Three Graces”, “The Prodigal Son” by Rembrandt as well as works by a hundred other great masters.

Today we travel out to explore the World Heritage listed Summer Palace or the Grand Peterhof Palace which is a series of palaces, grottoes, fountains, cascades and gardens. See also the famous statue of the founder of St Petersburg – Peter the Great, the “Bronze Horseman” built by order of Catherine the Great.

In the afternoon we will visit the great colonnaded arms of Kazan Cathedral (built to an enormous scale between 1801-1811) whose design was influenced by St Peters Basilica and Bernini’s colonnade in Rome. The cathedral houses the State Museum of Religious History. Enjoy a visit to the Church of the Saviour on Blood which features over 7,500 square metres of mosaics, claimed to be more than any other church in the world.

Tsarkoe Selo, an estate boasting a large landscaped park centred on the magnific t Catherine Palace. Named after Catherine I, the wife of Peter the Great, the building was reconstructed in the 18th century on a scale to rival Versailles.

Continue to St Isaac’s Cathedral designed to hold 14,000 standing worshippers. Admire the dome of St Isaac’s which is plated with pure gold and a dominant piece of the St Petersburg skyline.

This morning we will visit The Church of the Resurrection, also known as the “Savior on Spilled Blood”, which was built in memory of Alexander II who was assassinated in 1881. The highlight of both the interior and exterior of the Cathedral are its mosaic collection based on the paintings of Vasnetsov, Nesterov, and Vrubel. With a total area of 23130 square feet, it is one of the largest mosaic collections in Europe.

Continue to visit the Alexander Nevsky Monastery – at the heart of the Russian Orthodox Church. We will hear about its history and challenges particularly through the last 100 years.

In the afternoon we depart St Petersburg to board our train to Moscow. On arrival we will be transferred to our hotel for check-in.

Our tour of Moscow proper begins today with Mass at the Church of Saint Louis des Francais – this was the only Catholic Church not closed during the Communist rule.

Continue to visit Red Square, mostly famous for the military parades demonstrating to the world the military might of the Soviet Union. View the Kremlin Wall, where from 1917 it became a tradition to bury Soviet heroes by and in the

wall. Leaders Joseph Stalin, Leonid Brezhnev, Yuri Chernenko and Yuri Gagarin (the first man in space) are some of the people resting here. The charming Kazan Cathedral on this square is a faithful reconstruction from 1990 after Joseph Stalin had it demolished in 1936.

Still by the square, we see the famous coloured domes of St Basil’s Cathedral (now a museum) as it is commonly known, however the official name is “The Cathedral of the Intercession of the Virgin by the Moat.” The circular stone platform Lobnoe Mesto which stands before St Basil’s was constructed in 1598 and used for proclamations; on religious holidays, a lectern was added making the whole square an open cathedral. The Lenin Mausoleum was erected on the square to house the body of Vladimir Lenin – the Father of the Revolution. Directly opposite the Mausoleum is Russia’s most famous shopping mall – the State Department Store, GUM. The reconstructed Resurrection Gate and the Iberian Chapel house Moscow’s most sacred site with the 17th century miraculous painting of the “Iberian Virgin” held to have healing powers. See the famous Statue of Minin and Pozharsky commemorating Prince Dmitry Pozharsky and Kuzma Minin – the leaders of the militia that repelled the Polish invasion in 1612.

The Cathedral of the Assumption or Dormition Cathedral with its five Domes representing Christ and the four Evangelists is the oldest and most important church in the Kremlin. Within its walls coronations and installations have occurred and the tombs of many patriarchs are here. Admire the magnificent Iconostasis and the Holy Doors.

On the Eastern side of Cathedral square is the 81–metre Ivan the Great Bell Tower – tallest building in all of Russia for almost 400 years. Ivan the Great ordered a bell tower for the Archangel, Assumption and Annunciation Cathedrals. There are 21 bells in the tower and belfry; the largest being the Assumption Bell weighing 70 tons. In 1918 the last Easter service in the Kremlin took place and the bells of Ivan the Great did not ring again until 1992.

Next door is the Kremlin Armory Museum to see the sumptuous collection of jewelry, tableware and icons. A highlight is the large case of Faberge eggs including the famous Siberian Railway egg.

Today we journey north past the outskirts of the city as Russian Orthodox pilgrims have done for centuries to the town of Sergiev Posad and the site of one of the holiest places in all of Russia – the stunning Holy Trinity St Sergius Lavra. It was founded by St Sergius of Ranonezh (c.1321 – 1391) a monk who from childhood seemed destined for holiness. It is said that even as a baby he refused to eat certain foods according to fasting days and that as an almost illiterate child he had a vision from a hooded monk who taught him to read the bible. He set off to live his life here as a monk and was soon joined by others. The monastery grew in importance; pilgrims came to see the relics of St Sergius as they do today, and Orthodox clergy come to study in the lavra’s seminary.

The town of Sergiev Posad is also famous for another reason – it is the birthplace of the Russian doll (matryoshka). The town still has its own doll factory and the round painted wooden dolls have become famous and much sought after all over the world. We return to Moscow in time for dinner.

After breakfast, we will enter the Cathedral of the Immaculate Conception, the largest Catholic church in Russia. The church dates from 1901 but was closed in 1938 as part of the Marxist-Lenin ideology promotion of state atheism. World War II brought the threat of demolition and after the war it was used as a warehouse and a hostel. With the fall of communism in 1991 it was restored to a church in 1996, elevated to a cathedral in 2002 and re–consecrated in 2005; finally, after 75 years of non-religious use this place of worship is now being used for its intended purpose Final afternoon in Moscow at leisure.

of witnessing the world renowned Passion Play of Oberammergau. For over 300 years this picturesque village in the Bavarian Alps has re-enacted the passion of Jesus, and people of every religious denomination have been drawn to this cherished spectacle.

The history of the Oberammergau Passion Play begins in 1633. During the Thirty Years’ War, after much suffering and also many deaths caused by the plague, the surviving population of Oberammergau vowed that they would perform the “play of the suffering, death and resurrection of our Lord Jesus Christ” every ten years if they were spared from extinction. At Whitsun in 1634 they kept their promise for the first time. As early as the middle of the 18th Century spectators came to Oberammergau from all parts of Germany, attracted by the great power and mystique of the play. In 2020 the village will perform the play for the 42nd time, maintaining the continuity of this unique world-famous event.

Over 2000 participants bring the story of Jesus of Nazareth to the ears and eyes of the audience in a five-hour presentation on the imposing open-air stage. Almost half of the inhabitants of Oberammergau enact with great devotion the story of Jesus, whose message gives billions of people hope and strength. The play covers the period of Jesus entering Jerusalem and continues up to his death on the Cross and his resurrection.

Today is the highlight of our pilgrimage when we attend the Passion Play.

Departing Oberammergau this morning, we journey toward the famous Marian Shrine of Altötting, in the heart of Bavaria.

Altötting has been the spiritual centre of Bavaria and for more than 500 years the most significant place of pilgrimage in Germany. More than one million pilgrims and visitors per year seek the “Black Madonna” which is kept inside the Chapel of Grace.

This morning we have the privilege of celebrating Mass here at the shrine and come as pilgrims before the “Black Madonna” to seek her intercession and motherly protection. Also see here the Jerusalem Panorama, a monumental cyclorama of the crucifixion of Jesus, along with the Treasury and Pilgrimage Museum.

Close by we will visit the town of Marktl, the birthplace of Joseph Ratzinger who went on to become Pope Benedict XVI. Many visitors make the pilgrimage to his former house, which is now a museum.

The afternoon is at leisure back in Altötting, giving us time for private retreat, reflection or just time to relax.

This morning we will return to Munich airport for our homebound flight connections. (B)